DMF Plus Antioxidant Resveratrol Shows Benefits in Models of FA 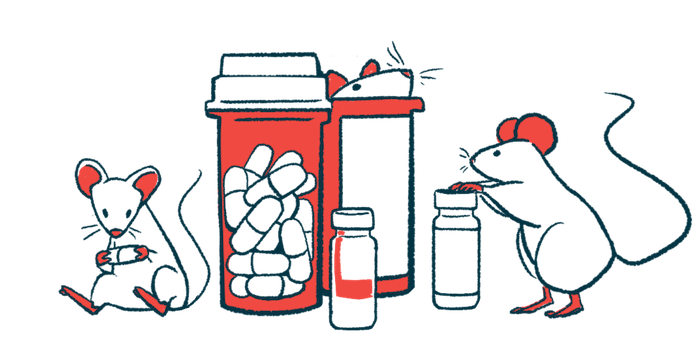 A combination of the antioxidant resveratrol and the multiple sclerosis treatment dimethyl fumarate (DMF) increased the activity of the FXN gene — whose mutation causes Friedreich’s ataxia — in cell and mouse models of the disease, a study showed.

Using resveratrol and DMF together also led to improved function of cells’ mitochondria, which are responsible for producing energy.

While DMF alone appeared to be effective in cells, both medications were required to achieve symptom alleviation in a mouse model, according to researchers.

“Our data suggest that dimethyl fumarate is effective as a single agent, and the addition of resveratrol provides further benefit in some assays without showing toxicity,” they wrote.

The study, “A Drug Combination Rescues Frataxin-Dependent Neural and Cardiac Pathophysiology in FA Models,” was published in the journal Frontiers in Molecular Biosciences.

FA is caused by mutations in the FXN gene responsible for producing frataxin, a protein present in mitochondria. These mutations mean that not enough frataxin is produced — and cells, particularly those in the nervous system and muscles, lack sufficient energy. As a consequence, FA patients experience loss of muscle control, nerve damage, and problems with the function of the heart’s muscles.

No curative or disease-modifying therapies have been approved to date for FA. Experimental treatments now in development aim to either increase frataxin levels or enhance its downstream pathways, including mitochondrial function.

Here, researchers in the U.S. and U.K. screened a pool of eight compounds previously proposed to treat FA. The goal was to determine which may be the most effective at increasing FXN activity levels or improving mitochondrial health.

The scientists also investigated whether any combinations might to lead to an enhanced therapeutic benefit.

The screen was performed in FA patient fibroblasts — a cell type involved in forming connective tissue. As expected, patient cells showed a significant reduction in mitochondrial DNA, suggesting the impaired formation of mitochondria, and low levels of FXN expression (activity).

Three compounds, specifically betamethasone, resveratrol, and DMF, showed an ability to significantly promote the production of mitochondria in patient cells. However, only DMF showed a significant ability to increase FXN levels.

The two most promising candidates were DMF and resveratrol, according to researchers. Thus, the team evaluated the effects of combining the two in nerve and heart cells from a mouse model of FA.

Resveratrol is a natural antioxidant found in the skins of peanuts, grapes, and some berries. It has been proposed that resveratrol may help prevent cell damage caused by reactive oxygen species, which are free radicals — unstable atoms that can damage cells — produced in cellular metabolism.

DMF (sold as Tecfidera) is an approved treatment for multiple sclerosis. It’s known to enhance the activity of a protein called Nrf2, which induces antioxidant responses.

In nerve cells, DMF alone or in combination with resveratrol could successfully reverse mitochondrial dysfunction in the cells. Levels of reactive oxygen species also were decreased with the treatment duo. Similarly, the combination of the two compounds nearly restored mitochondrial function and lowered reactive oxygen species in cardiomyocytes — the cells that comprise heart muscle.

In a mouse model of FA, daily injections with a combination of DMF and resveratrol for five days led to a trend toward increased FXN activity, which was not observed with either treatment alone.

Initial experiments indicated that three times weekly oral dosing of the combined treatment did not ease Friedreich’s ataxia-like symptoms compared with mice receiving a vehicle with no medication. But increasing the dose was associated with a trend toward improvement in the beam walking test — a measure of how quickly a mouse can cross a beam. A significant improvement in rotarod performance, a test of a mouse’s ability to stay on a rotating cylinder, was seen after five months.

“Our work corroborates and supports previous studies indicating that DMF and [resveratrol] could be valid compounds to treat FA patients,” the researchers concluding, noting that “further studies will be required to prove these findings.” I Am Redefining Hope, Every Day