Rare disease-themed videos glowed on a large screen before an audience of people in wheelchairs, with crutches, and bearing oxygen tanks this Nov. 9 and 10 in San Francisco. Disorder: The Rare Disease Film Festival strives to eventually host a film about every one of the nearly 7,000 rare diseases that have been discovered; on this weekend, nearly 60 were shown.

Threading the theme of rare disease, the films on offer traversed topics of treatment hopes and progress, isolation, mental health, and the need for boosted awareness. Films ran between a single minute and 85, some through independent creation and others by corporate or nonprofit sponsorship, by both amateur directors and award-winning documentarians. Genres included fantasy, documentary, animation, silent film, and foreign language.

The festival was co-created by Bo Bigelow, the father of a daughter with a USP7-related disease, and Daniel DeFabio, whose son has Menkes syndrome. It is the second event of its kind — the first was held in Boston in October 2017.

This year, the films were hosted at the University of California, San Francisco (UCSF) Mission Bay Conference Center. Fittingly, UCSF directs the Eli and Edythe Broad Center for Regeneration Medicine and Stem Cell Research, one of the largest centers of its kind researching cures for diseases like those featured at the festival.

Putting faces to the data

Many of the films celebrated the rare disease community’s progress from an age of searching for targets in disease origin, to a new age of nailing those discovered targets with innovative treatments. These films included not only the narratives of patients and their caregivers, but also their union with the researchers chasing diagnoses and cures.

The first film shown at the festival, director Andrew Pucio’s “Counting Every Second,” chronicles giant axonal neuropathy patient Hannah Sames’s journey. It follows her crying as she shares her dreams for a future, to receiving a life-altering gene therapy, to coming face-to-face with researchers to thank them for halting her disease.

“The Race,” a documentary by Dina Rudick, interwove the narratives of a woman named Jenne Coler-Dark with Huntington’s disease and scientist Logan Bishop-Currey, who’s hunting a cure. In the film, she steps out of the lab to meet Jenne’s family.

“I’ve never met a person with Huntington’s. I’ve never seen a face,” she said before meeting them. When she did, though, it made her work personal. “I now will see Jenne and her kids when I look at the data.”

The film festival embodies this theme by aiming to “put the often abstract and dire clinical information into the context of real people living their lives.” By doing this, Bigelow and DeFabio hope to raise the stakes for researchers, and stick rare diseases at the forefront of the public’s mind.

The films also provide a medium for depicting disease on the patients’ terms. Cystic fibrosis (CF) patient Amanda Korst, who was featured in fiancé and director Joe Berg’s “A Day in My Life,” spoke about finding balance in not revealing the most humiliating parts of her disease in the film while also depicting its reality.

“You Google [CF] … it’s not great stuff. Don’t Google my disease. It’s all just bad, bad, bad there. I want to show you my disease myself.”

Not so rare after all

Between showings, filmmakers and people from the various disease communities shared the stage for open forums. In both their films and in the on-stage discussion, they emphasized the importance of realizing that, combined, the rare disease communities form a large family that is anything but disorderly.

“When we join with other rare disease communities, we are huge and we have a voice,” said Sharon King, the mother of Taylor King, who passed from Batten disease on Sept. 26, 2018.

Films showed the great strides by patients and their family members to raise funds and awareness through activities such as mountain climbing, the formation of nonprofits, and by becoming researchers.

Laura King Edwards, sister to Taylor and a Batten Disease News columnist, has been running half-marathons all across America while blindfolded to support Taylor’s Tale, a nonprofit that aims to conquer the fatal brain disease. Taylor’s Tale, which Edwards co-created, is now also dedicated to helping all other rare disease communities via public policy advocacy.

“The only thing that will slow us down is if Batten’s disease is cured,” Edwards said. “Even then, the rare disease family is our family.” 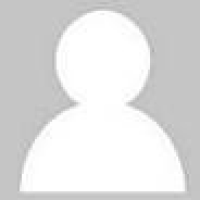 Patricia Silva PhD
Total Posts: 27
Patricia Silva, PhD Patrícia holds her PhD in Medical Microbiology and Infectious Diseases from the Leiden University Medical Center in Leiden, The Netherlands. She has studied Applied Biology at Universidade do Minho and was a postdoctoral research fellow at Instituto de Medicina Molecular in Lisbon, Portugal. Her work has been focused on molecular genetic traits of infectious agents such as viruses and parasites.
×